Bangkok public transportation railway projects of Metro (existing Blue Line) and Sky Train (existing Green Line) consists of 52 kilometers, 49 stations and 261 cars in all. The cars have regenerative braking system which provides electric power in braking to other neighboring cars in driving through the power line. However, in case of no cars nearby, the surplus electric power could be disposed as thermal energy.
Therefore, the project introduces Station Energy Saving Inverters (S-EIV) which can use surplus regenerative energy from trains in braking for the station facilities.
■S-EIV’s main features
Convert the surplus regenerative energy from trains, which cannot be consumed by other trains, to low-voltage AC electricity for station facilities such as Lighting, Air-conditioning, Escalators ,Lift and so on. 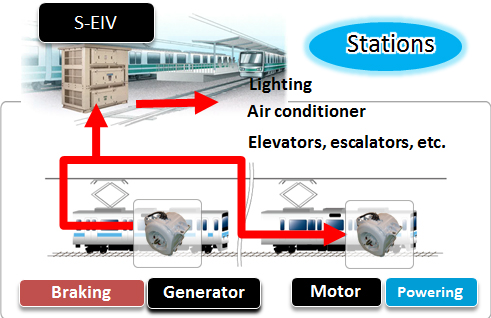 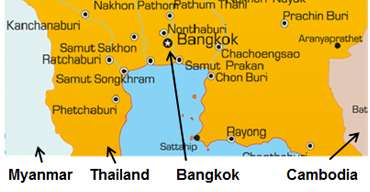